This Star Wars edition of the Monopoly board game is inspired by The Mandalorian live-action TV series on Disney Plus.

Play as The Child (or affectionately known as Baby Yoda by fans) in different poses, such as eating a frog, using the force, drinking a cup of broth, and sitting in the hover pram.

Recognize places and objects from show

Perfect for two to four players

You and your friends can play together.

Suitable for children ages 8 and up.

$8.95
(0 Reviews)
Barbie® Color Reveal™ Chelsea™ dolls deliver an unboxing experience that's full of surprises -- six of them! A doll with a sweet fashion is guaranteed, but each doll's look remains a mystery until revealed.
Add to cart
Wishlist
Compare
Wishlist
Compare
Quick view
Add to cart

$21.99
(0 Reviews)
The new line L.O.L. Surprise! O.M.G. Swim presents our fashion dolls in a whole new way. Now you can choose which model you want! Paradise Vip is full of style, with her long curly pink hair and her black and yellow outfit. She is pure charm. There are 3 models to discover: Costal Q.T. and Coral Waves The game will be much more fun with L.O.L. Surprise! O.M.G. Swim.
Add to cart
Wishlist
Compare
Wishlist
Compare
Quick view
Add to cart 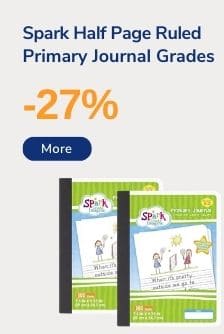 $33.50
Rated 5.00 out of 5
(1 Review)
Star Wars The Child Baby Yoda The Mandalorian adventure pack is ideal for boys and girls ages 4 and up. Includes 11-inch plush for you to create your favorite scenes from The Mandalorian. With a removable pendant that children can wear too.
Read more
Wishlist
Compare
Hot
Wishlist
Compare
Quick view
Add to cart
L.O.L. Surprise!